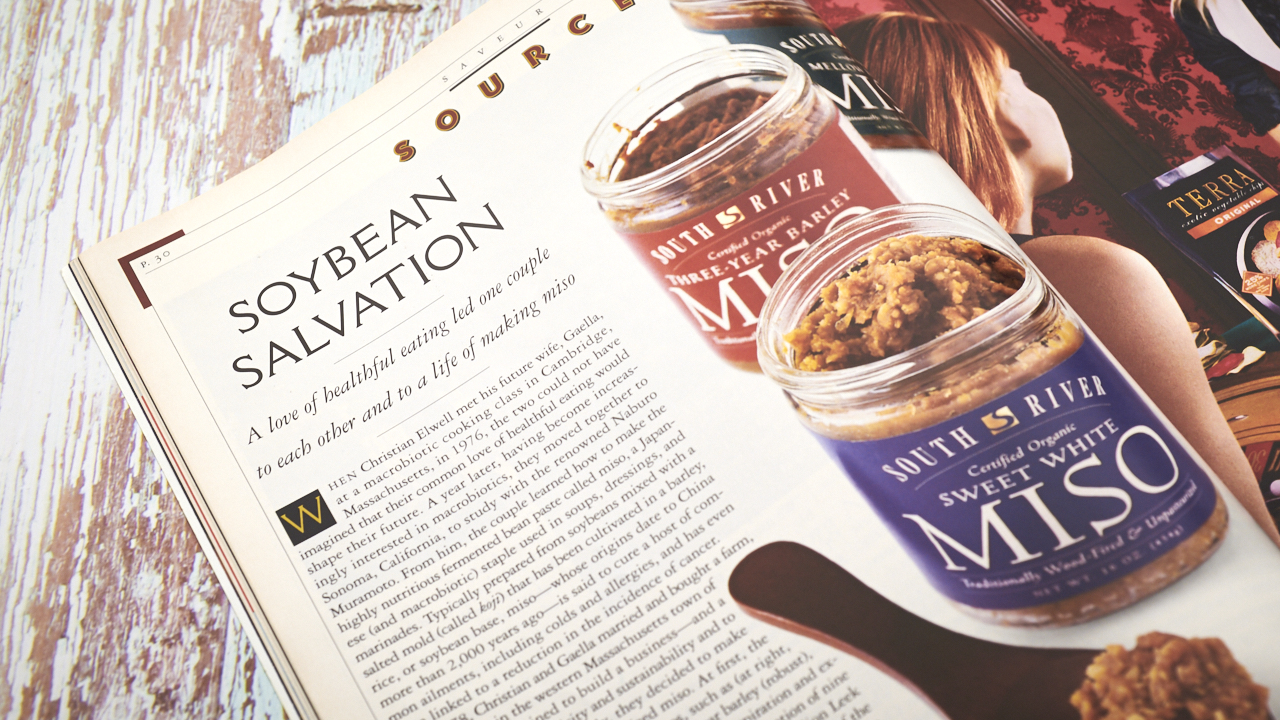 When Christan Elwell met his future wife, Gaella, at a macrobiotic cooking class in Cambridge, Massachusetts, in 1976, the two could not have imagined that their common love of healthful eating would shape their future. A year later, having become increasingly interested in macrobiotics, they moved together to Sonoma California, to study with the renowned Nabuto Muramoto. From him, the couple learned how to make the highly nutritional fermented bean pasted called miso, a Japanese (and macrobiotic) staple used in soups, dressings, and marinades. Typically prepared from soybeans mixed with a salted mold (called koji) that has been cultivated in a barley, rice, or soybean base, miso—whose origins date to China more than 2,000 years ago—is said to cure a host of common ailments, including colds and allergies, and has even been linked to a reduction in the incidence of cancer.

In 1978, Christian and Gaella married and bought a farm, South River, in the western Massachusetts town of Conway. Determined to build a business—and a life—rooted in simplicity and sustainability and to help others eat healthfully, they decided to make their own organic unpasteurized miso. At first, the Elwells focused on traditional misos, such as (at right, from front) sweet white (mild) three-year barley (robust), and mellow barley (well, mellow). But “inspiration and experimentation,” as Gaella puts it, led to the creation of nine other types, including the wildly popular dandelion leek miso, prepared with dandelions form their land. Most of the misos are made by the age-old process the couple learned in Sonoma. They cook soybeans bought from a local farmer in small batches over a wood fire for 24 hours, then combine them with homemade koji and, depending on the variety of miso, sometimes one or two other ingredients. Next, they crush the mixture with their (covered) feet, to obtain the chunky texture unique to artisanal miso, and age it in wooden vats for up to three years. The results are good for you—and taste good, too. One-pound jars of South River miso cost between $8 and $12, depending on the type, plus shipping. No delivery in July and August. To order, call 413.369.4057 or visit www.southrivermiso.com