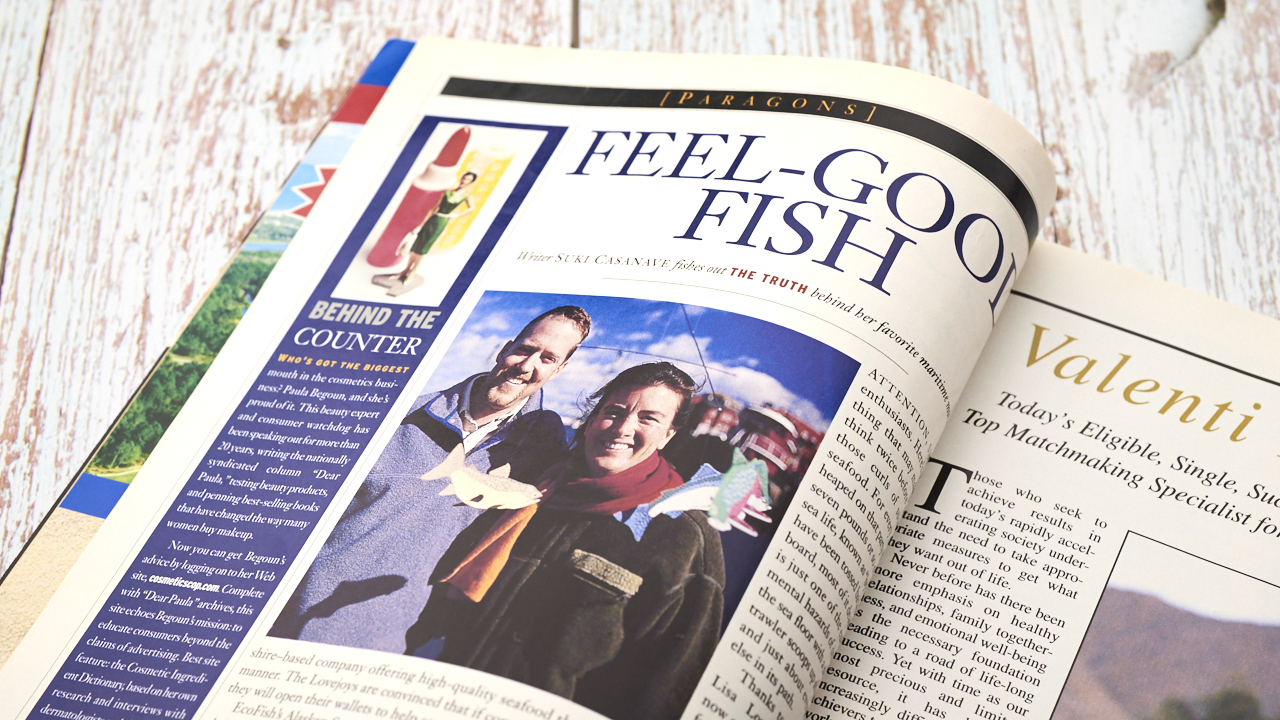 Attention, shrimp enthusiasts. Here’s something that may make you think twice before eating those curls of succulent seafood. For every pound heaped on that party platter, seven pounds or so of other sea life, known as “bycatch,” have been tossed back overboard, most of it dead. This is just one of the environmental hazards of dragging the sea floor with a net. The trawler scoops up shrimp—and just about everything else in its path.

Thanks to Henry and Lisa Lovejoy, you can now eat your shrimp guilt-free. Two years ago, the Lovejoys founded EcoFish, a Portsmouth, New Hampshire-based company offering high-quality seafood that’s caught in an ecologically responsible manner. The Lovejoys are convinced that all consumers need is access to seafood “caught with a conscience,” that they are eager to open their wallets to help save the oceans.

EcoFish’s Alaskan Spot Prawn, for example, are caught in traps, which means not only that the shrimp are in better condition than those dragged form the sea floor, but also that any bycatch is returned to the sea alive. EcoFish tuna are caught on short lines that sink quickly, largely avoiding the bycatch problem faced by typical long-line fishing, which uses thousands of hooks that often snag dolphins and seabirds along with the tuna.

EcoFish is scouting oceans and fish farms around the world for success stories like these. “There are fish out there being caught the right way,” says Henry Lovejoy. “You just have to find them.” Which is where the EcoFish Seafood Advisory Board comes in. This formidable panel of judges, composed of some of the world’s leading conservationists, considers population status, management practices, bycatch issues, harvesting method, and more before giving its stamp of approval.

Available in health-food stores and some fine restaurants, EcoFish seafood costs a bit more. The Lovejoys themselves are paying a bit more, as well: They have pledged 25 percent of pretax profits to marine education.