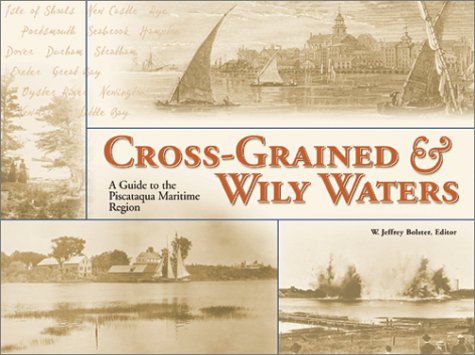 Newmarket is a small town with a dramatic skyline. The giant brick and granite mill buildings sprawled along the banks of the Lamprey River cast deep shadows across Main Street. Long rows of windows catch the late-afternoon light. Inside, where half the population of Newmarket once labored to the pounding of the looms, residents of high-ceilinged condos now enjoy sweeping views of the river. Today, most of the town’s mill workers are gone. The looms are silent. But the buildings themselves remain, testament to the hard-working history of this little town.

Newmarket’s earliest English settlers built sawmills along the river’s edge during the 17th century. A carding and fulling mill went up on the west bank during the 18th century. When the Newmarket Manufacturing Company came to town in 1823, funded by wealthy shipping merchants from Salem, Massachusetts, they brought with them an era of building and industry that established an international reputation for Newmarket.

Over the years, the company built eight mill buildings, including three constructed from massive blocks of granite quarried from Newmarket’s Lubberland Neck. The river was busy during these years. Flat-bottomed gundalows and, later, three-masted schooners ferried raw materials to the mills, arriving with the tide, then departing laden with yards and yards of fabric. Over the years, Newmarket became one of the world’s biggest producers of celanese, the shiny cloth used to line caskets.

With the textile mills came an influx of new residents. Yankee farm girls seeking a new, independent life and better wages; French Canadians who boarded the train, bringing with them their families and all their possessions; and, at the turn of the century, Eastern Europeans. A thriving Polish community soon developed, as well as a smattering of Russian, Italian, German, and Irish immigrants. Each new group brought with them their food, their music, and their traditions. And nearly all of them worked in the mills.

The towering buildings on Newmarket’s river banks shaped a quintessential American melting pot. No matter what their ethnic background, the people of Newmarket were united in at least some way by their labor. Newmarket became a community defined by hard work, production, and useful lives.

Things changed in the early 1930s. Relations between union workers and mill managers deteriorated into bitter disputes, and the Newmarket Manufacturing Company moved south. Almost overnight, 1600 jobs vanished–in a town of about 3,000 residents. The townspeople remained deeply divided. Fights broke out in the bars and on the streets. And for the first time in a century, the massive mill buildings stood empty. The silence was deafening.

When the shoe industry arrived later in the 1930s, jobs began to return. There was even a small revival of the textile industry in one building, where necktie cloth was woven. Then, in 1951, the Macallen Company moved its Boston operation to Newmarket. Suddenly, the town was on the map again. One of the world’s largest importers of raw mica, mostly from India, Macallen brought 300 new jobs to Newmarket.

For the next three decades, employees in the brick and stone mills along the Lamprey transformed two million tons of mica chips a year into insulating material used in everything from electrical railway joints to toasters and microwave ovens. Like the cloth woven by an earlier generation, mica products manufactured in Newmarket’s mill were shipped all over the world.

Today, evidence of Newmarket’s industrious, multicultural heritage remains. The phone book offers a tongue-twisting mix of French Canadian and Polish names. Marelli’s Fruit & Real Estate (est. 1909) remains a favorite landmark. Polish Babka bread is still sold at Easter. Recent town elections have added names like Caprioli, Adamczyk, and Pasquale to a roster that once included mostly old Yankee standards like Smart, Pickering, and Hamel. In the last decade, an influx of Laotian residents escaping political unrest in their native country, has added another flavor to the cultural blend.

The town also attracts an eclectic mix of lifestyles and professions–college professors and tradesmen, high-tech employees and musicians, entrepreneurs and artists, young families and retired empty-nesters. Newmarket has a sizable percentage of renters and low-income residents. It also has luxurious, waterfront homes. People who move here are drawn to, among other things, Newmarket’s small-town character, its natural beauty, and its walkable downtown–a cluster of historic brick and clapboard buildings anchored by the mills themselves.

The mill whistle in Newmarket no longer blows at the end of each shift, and fewer and fewer people grow up here and then stay to raise a family. Like all small towns, Newmarket has become bigger and busier. Community building is not as straigthforward as it was a century ago, when it was the inevitable result of working together on the weave room floor.

One thing hasn’t changed, though. Newmarket residents still seek community. They crave a sense of belonging. And they find it just as past residents did: by working shoulder-to-shoulder with friends and neighbors. These days the work takes place on committees, on the baseball field, at Town Council meetings. It can be found in volunteer beautification efforts, benefit fundraisers, and events like Olde Home Weekend and the newer Heritage Festival, which celebrates the town’s richly textured past with music, food, and storytelling.

And then there’s downtown Newmarket itself, where people stand in line at the Post Office, eat breakfast at Joyce’s Kitchen, chat with a neighbor on the sidewalk in front of Marelli’s, and sip coffee at the Big Bean. The village area’s eateries and structures are a bit worn around the edges, and business sometimes struggles to survive, but Newmarket is a town where you can still make your way on foot, among historic buildings that once provided goods and services to the mill workers themselves.

In the mid-1990s, the town’s profile changed dramatically. A giant new cinderblock gas station built on the outskirts of the village was followed by a convenience store, a drugstore, a fast-food restaurant, and more. Suddenly, the commercial strip development that drains the life from town centers across America had arrived in Newmarket. And it threatened to obliterate the town’s characters as easily as the glare above the new gas pumps erased the stars. A citizen group formed in response, in part because residents cherished the past as much as they cared about the future. Their efforts to establish local guidelines for commercial development began because people valued what Newmarket is–and they feared what it might become.

Passion for the historic village gradually grew into a movement to revitalize citizen participation in town politics. Now, a new generation of residents, people with little direct connection to Newmarket’s past, has become committed to the town and its future. The issues, from taxes and development to education and the environment, are widely discussed and debated. Local politics are often heated. Voter turnout is gradually increasing, though broader participation in elections and other town events remains an ongoing goal.

Above it all, stand the buildings that first shaped this town, the mills where so many residents worked so hard. Their presence announces a pride in the past and a vision for the future. The same mills that once took in people of so many backgrounds melding them into a new community, stand today as a tangible reminder that by working together it possible to achieve a sense of community, a place of belonging.

*With appreciation to Forbes Getchell, Sylvia Fitts Getchell, Priscilla Schanda, and Richard Schanda for sharing their knowledge of Newmarket history and their memories of life in this mill town on the river.