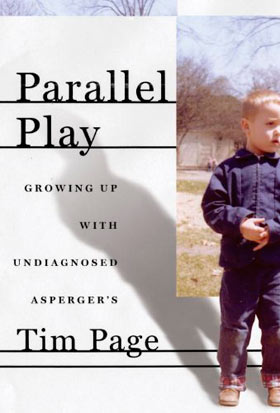 Tim Page’s short memoir, “Parallel Play,” might just as easily be called “The Mysterious and Disconcerting World of Tim Page—and How He Survived to Tell the Story.” A former classical music critic for The Post and a winner of the Pulitzer Prize for criticism, the author has spent his life aware that he is an eccentric—an anxious and uncomfortable one, whose intellectual gifts have provided no relief from the aching loneliness that comes from living on what feels like the fringe. As a boy, he existed in a perpetual state of vague, and occasionally acute, disorientation. It turned out that Page has Asperger’s syndrome, but he didn’t find this out until he was 45, when he finally received a medical diagnosis and began to better understand his difficult life.

Awash in detail, Page’s account reads like a verbal version of the minimalist music he discovered and loved as a teen. “As a listener . . . you settled in . . . as though you had boarded a train and thought nothing about where you’d been or where you were heading but merely surrendered yourself to jostle and speed and passing images.” His book itself is a jostling trip. Lists of musical compositions, book titles and authors, as well as excruciating memories of teenage exploits, some of them horrific, are recounted in detail thanks to the author’s astonishing recall of minutiae, one of the defining aspects of an Aspie (as Page frequently refers to his syndrome). In the midst of this nonstop journey, the wordsmithing is nimble and lyrical, well-tuned by a writer with a musician’s ear.

But the reader craves more about the people in Page’s life: his infrequently mentioned parents and siblings; the first woman he married, whom he calls his “best friend, a brilliant and intuitive woman . . . to whom I felt and feel enormous loyalty”; the children he fathered, who “fascinate” him but from whom he keeps a certain distance; the later love of his life (and his second wife), who for four years brought him “sustained contentment” and happiness and then left him. The mention of these deeply significant relationships is oddly — painfully — brief. While the author seems to have found his way to balance and a taste of happiness, the old ache, in the end, remains palpable.